Overfishing is rearing its ugly head once again and I am quite certain the repercussions of depleting our world’s fish stocks will continue to directly (and indirectly) strangle a multitude of species. Taking center stage are 7 tuxedo-clad species threatened by commercial fisheries, increased competition for prey, habitat loss and degradation, disease, predation, and climate change.

The technological boom over the last 60 years has catapulted the fishing industry into a commercial titan, enabling ships to continue fishing ocean waters for weeks before returning home with bursting hulls. Now fast forward to the 21st century and it should be no surprise that the annual global fish catch is in excess of 100 million tons (as of 2004) and at least 33% of the world’s fish stocks are overfished.

Apparently this means more than an empty slot in the seafood counter and mere inconveniences for shoppers as penguins and other wildlife do not have the luxury of skimming through grocery stores for their next meals.

The U.S. Fish & Wildlife Service has found the African penguin (Spheniscus demersus) is in danger of extinction due to a dramatic decline in numbers caused by oil pollution and overfishing. Besides the decrease in available prey, reduced fisheries are increasing the pressure on penguin predation as predators are expanding their diets and/or focusing efforts on species that are readily accessible.

This is a classic example of what is touted in environmental circles regarding interdependence amongst species and ecosystems, and thanks to the landmark “March of the Penguins”, listing some of the now famous emperor penguin’s brethren may be the spark required to initiate the cute factor and gain society’s attention to the plight of our dwindling fisheries. 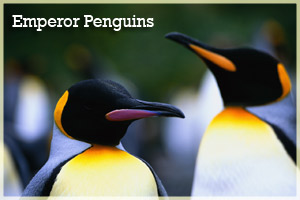 Besides the African penguin’s proposal for an endangered listing, the FWS recommends 6 penguin species for threatened status: