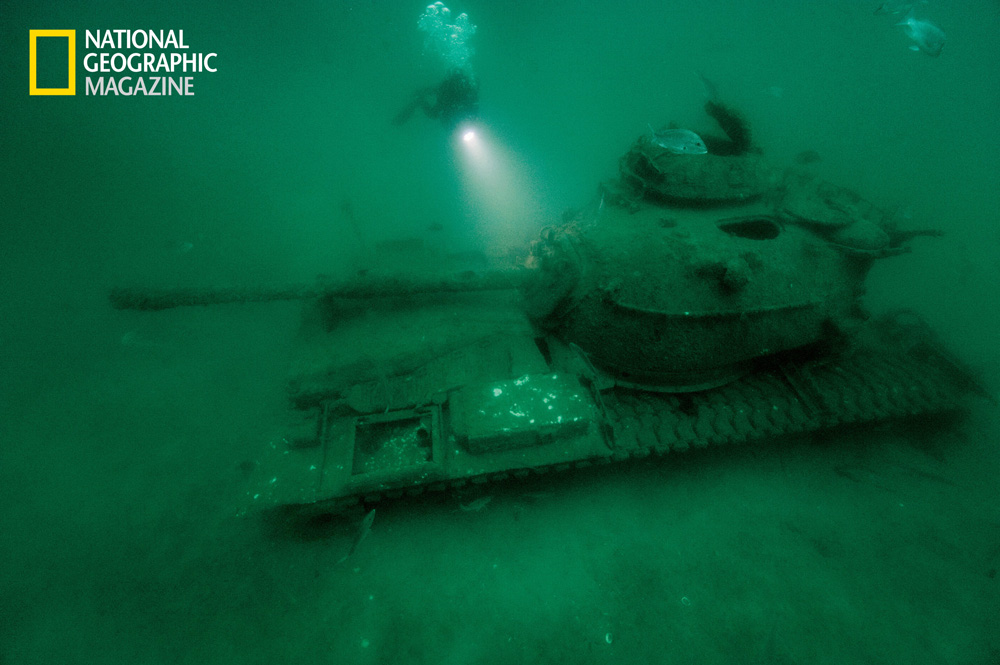 It’s been two weeks since I found myself talking with a great crew over at the National Geographic Society.  The topic was oceans, more specifically artificial reefs, and to be honest I was begging for something to get me back in the swing of discussing our seas.  Well, 14 days later, a layover in Denver, and a swipe of the forehead for finally catching up on a backlog of graduate classes, I’m ready to engage in a little ocean diversion.

Although I have not been personally involved in the creation of artificial reefs, the idea of restoring habitat is something that I do engage in quite frequently.  And just because these restoration projects involve burrowing owls and in some cases the installation of artificial burrows, were talking about communities, ecosystems, and species.  But unlike my work in a grasslands, building artificial reefs definitely involves a stunning array of….you name it.

After getting past the visuals of a submerged tank or ship, there are those concerned about the impact of artificial reefs on the biodiversity of natural reefs and the potential problems of increasing overfishing.  But, I’m going to forgo jumping into that debate for the time being, and instead take a moment to share a few photos, encourage you to check out the article, and allow you to weigh the pros and cons for yourself.

Upholstered with luminous sponges and corals, the bridge of the U.S. Coast Guard Cutter Duane attracts schools of smallmouth grunts—and divers. The ship was intentionally sunk in 1987 off Key Largo to create an artificial reef 120 feet deep.

This M60 is one of a hundred tanks sunk in 1994 in a 1,200-square-mile zone of artificial reefs off the coast of Alabama. The 50-ton tanks survive hurricanes better than lighter, less stable objects.

*Photos posted with permission of the National Geographic Society.