HomeEcosystemsThe Lords of the Desert
Ecosystems

The Lords of the Desert 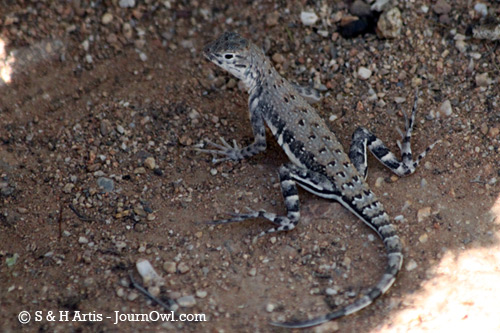 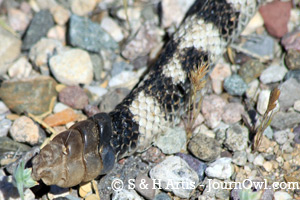 I quadrupled an hour in travel time alone.  But if you consider all aspects of the quest it was indeed a half a day’s journey to reach the ‘walls’ of my destination.  Feeling more at ease now that I shed my formal garb under cover of tinted windows, I cautiously approached the guard tower in an effort to forgo any scrutiny.  And why shouldn’t I when speed is limited to 5.  I slipped the required toll to the  sentinel, pretended to heed a venomous warning, and proceeded into a world in which large, green, 200 year old giants bristling with spines soar above the landscape.

As I rounded the corner a turkey vulture was seen tugging at a lifeless triangular headed, rattle adorned reptile.  I guess the guard was right, the warming weather was indeed drawing out those packing a poisonous wallop.  And yet I wanted more, I wanted a Gila Monster.  I stepped into the Sonora and set off for what would be hours of urban exclusion.  Rabbits, lizards, birds, flowers, rabbits, Round-tailed Ground Squirrels and more rabbits…see a theme here?

Apparently I had wandered into a warming world filled with lagomorphs. Clearly not the deadliest of creatures, but for those with weakened hearts their ability to use lightning-like speed when exiting shrubs can cause quite a startle.  Not that I’m admitting anything, but that little cottontail literally (no lie) running over my foot MAY have caused a full body shiver.  But even the smallest of cottontails cannot dissuade me from continuing my journey so onward I went. 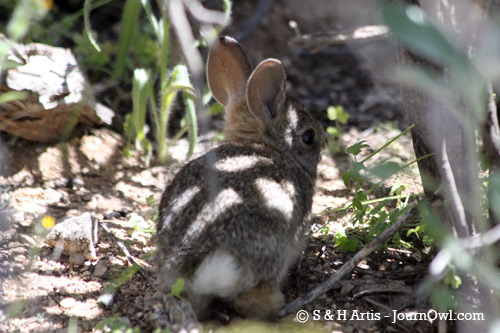 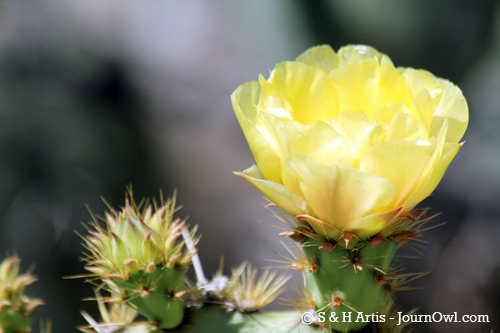 Noise pollution from the nearby civilization was amazingly absent.  A warm breeze followed the contours of the undulating desert and created a faint ominous whistle as it encountered one Saguaro cactus after another.  It was only in the mid 80s, but without shade the sun did its damndest to scorch my left side as it began leaning westward.  I could only imagine that in its summer peak, the Sonora Desert is only rivaled by the fires of Mordor.  As sweat dripped into my eye and my face became quite warm to the touch, I wandered back guided by thirst.  I wound around shrubs, cacti and dry stream beds, knowing the trail leading home was waiting somewhere in the east…and with every step the monster I longed for remained well hidden.

I zigzagged eastward for 30 minutes but the desert-etched pathway continued to elude discovery.  Wow, I didn’t realize I had wandered so far off course. The so-called hazards of exploration, pursuing distant sounds for previously (at least on a personal level) undiscovered life forms, had apparently caught up with me.  But lost I was not, essentially, as my position in the heart of Saguaro National Park meant I would stumble upon the marks of humankind soon enough.  And yet I stopped dead in my tracks to observe a round-tailed ground squirrel pop in and out of his burrow.  I circled around slowly as my eye and hands worked together to keep the camera focused on the small subject.  Click, click, click as I captured images; pausing upon detection until comfort returned to the critter. 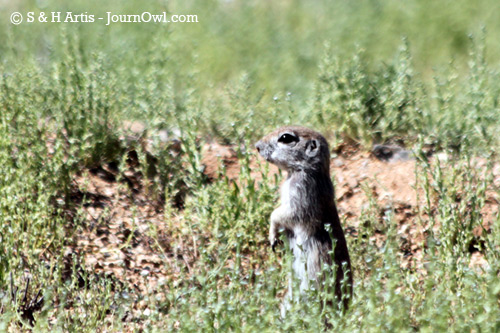 From behind a low rumble caught my attention as tires made contact with dirt and pebbles.  Ah, the trail.  And only 6 feet from my makeshift squirrel blind.  I walked to the car, enjoyed some warm water, and wondered when a Gila monster would cross my path.  I guess I couldn’t expect the saga to end after just one episode, and realistically it will keep me coming back.  For life in this desert is unbelievably resilient and unquestionably plentiful.  I urge you to take the time to observe for yourself, whether on or off the beaten path, and by all means share with me your monster encounter.  Now that my desert fix had been fulfilled, it was time to continue towards Cave Creek and explore the successes of burrowing owl conservation.