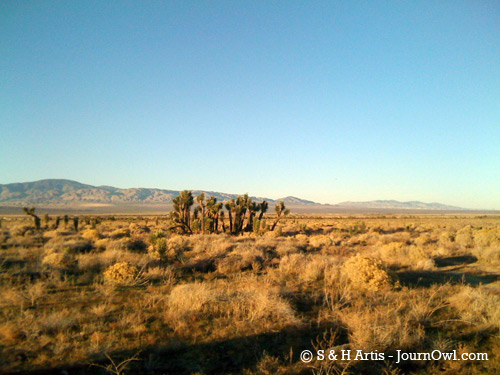 I may hate the heat, but my mistress is the desert. And I so do love my mistress.  But I beg you to refrain from telling my wife.  I just have to say it again, I love the desert! 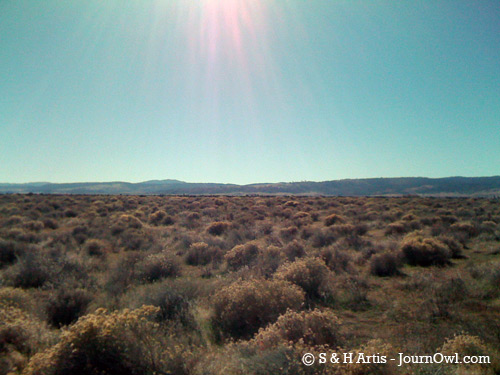 I thought I could keep her tucked away in places that I frequent like Tucson, but the secrets out and you probably already know her fair name, Sonoran Desert.  But I just couldn’t leave well enough alone and I put myself in situation that would undoubtedly lead to more affairs.  How can I resist your Joshua Tree woodlands (Yucca brevifolia), the open spaces and your abundance of life?  Oh you temptress the Mohave. 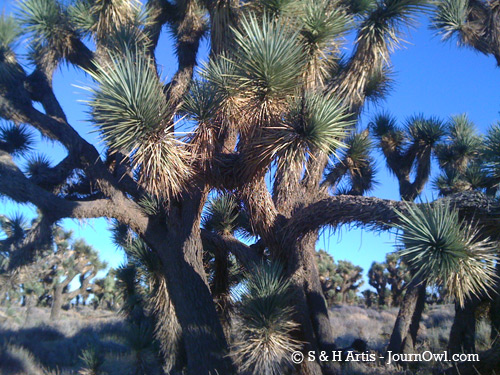 I swear I wasn’t out looking for love, I just happened to be following my passions and trying to do a little good for burrowing owls.  And it just so happened that I found myself making a quick jump to Southern California to appear on camera for a wildlife training video filming in the western tip of the Mohave Desert.

As I was standing in the midst of a bone-dry drainage route that had been etched into the land I could hear the words, “It is better to have loved and lost than to never have loved at all.”  I wondered if that would still hold true when my horizon had been permanently marred by all that is human.  There is definitely a change in perspective when one is gazing upon that which is manmade and that which was naturally generated.  There’s something about desolation that perks the senses and reconnects that which we typically lose amongst the urban hums, dings and whistles.  I am going to err on the side of optimism that wildlife will make due, but damned if she won’t be missed in the grandest of forms… au naturel. 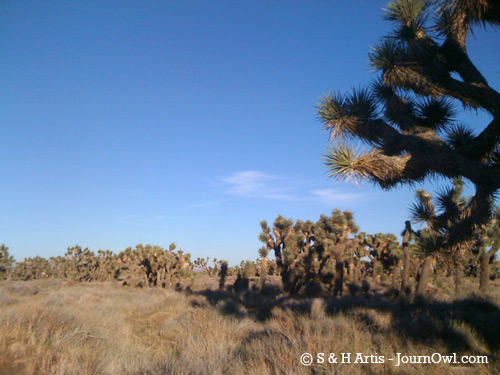 But who couldn’t love her figure as it is a biodiversity hotspot.  As I wound my way around shin and knee high brush, lizards scampered into tiny dens, and grasshoppers darted for safety from impending footsteps.  If you sat still and looked closely all manner of creatures carried on with their daily routines;  ants carried away seeds, and beetles crossed avian and mammal highways that were decorated with innumerable prints.  Whitewash gave away the perching spots of burrowing owls living along the edge of the dry waterway. 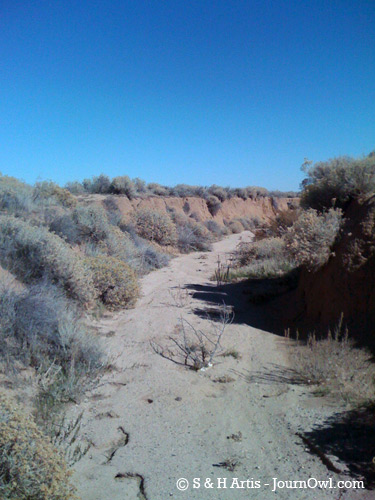 A burrowing owl leaped from hiding to glide through the canyon walls only to land and continue on with observations.  I was told by the consulting firm that the known burrow had been washed out and that a somewhat recent sighting of an owl was merely one passing through.  Two owls and numerous active burrows later I guess it was more than a passerby.  Perhaps I need to be the one performing these surveys, but I somehow doubt they’d like my findings.

Well, as mentioned I was there to serve as a burrowing owl expert and with my script in hand and the slap of the movie clapper board the film was rolling. I’ll just keep the number of takes required for each scene to myself.   And if all goes as planned a few of those workers required to watch the video before proceeding with construction will keep their eyes open for sensitive wildlife species.  Yeah it’s not an ideal situation by any stretch of the imagination, but I hope that I will leave a conservation impression, aid in the protection of a few owls and other species, and let them know that 2,100 acres is not a blank canvas waiting to be developed.  This area is an intricate piece of art that has a long history of supporting an incredible array of life that so easily could be confused with the images of our dreams.  Unfortunately, if we’re not cautious we may just wake up and find that once real habitats are now confined to our imaginations.