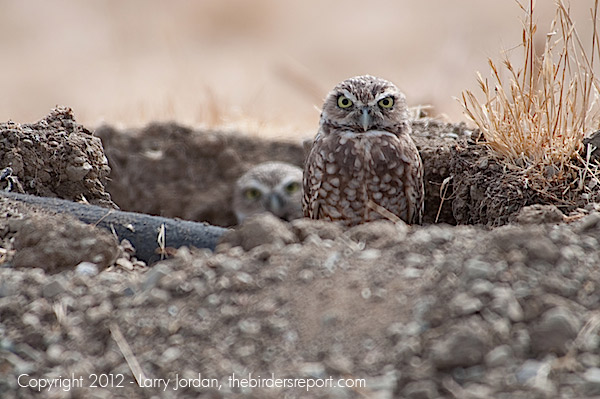 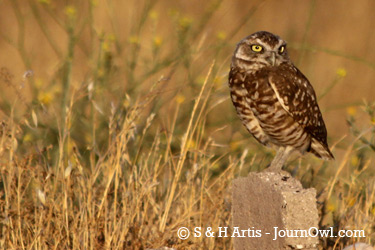 Migration.  I find it an interesting topic in regards to burrowing owls especially since I live in California.  Unlike places such as eastern Oregon where burrowing owls may just show up during breeding season, the Golden State has a shifting population as year-round residents comingle with those popping in for the winter.  It can be a dynamic situation as some move south after young have fledged, some return to breeding grounds in other states or countries, some stay put, and it may even involve an instinctual drive that splits a pair; only to be reunited the following season.  But where they go is an interesting question, especially for those places where populations have warranted endangered status and they are actively involved in breeding programs (check out our Canadian friends The Burrowing Owl Conservation Society of BC).

It’s not hard to understand why Canada’s burrowing owls are listed as endangered and why I take population declines, as in California, so seriously.  In fact, it is a troubling and sad story marked by 20% per year declines during the 90s, a remaining population of only 900 pairs in 2004, and a species left occupying only 40% of their former/historic range.  And with such declines, it becomes imperative to determine where burrowing owls go to understand why they fail to return.

“Burrowing Owls in the Canadian Great Plains are at the northern limits of their range and are migratory, spending about half the year away from the breeding grounds. The wintering grounds of these owls were unknown because of the low rate of band returns.” 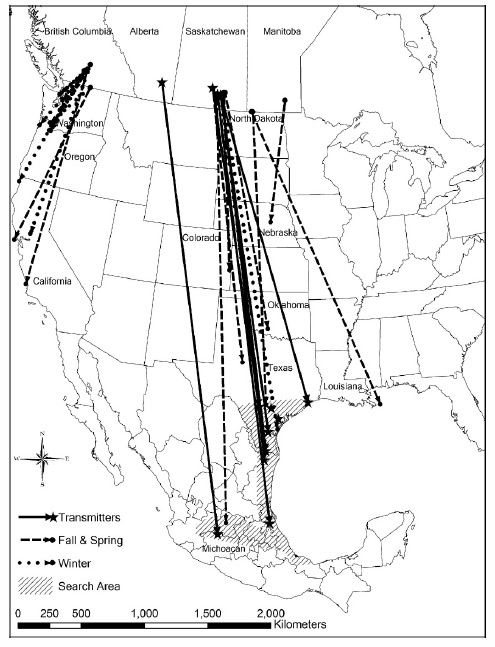 “Our study provided the first documentation of wintering locations for Canadian Burrowing Owls, confirming migration from the northern Great Plains to southern Texas and Mexico, as was suggested by the southeastern pattern of spring and fall band returns from Saskatchewan and Manitoba. The distribution of winter records indicated that owls banded in Canada were found in both Texas and Mexico.”

There are a few other findings that were interesting involving use of burrows and variable habitat types, but I’ll save that for another post or two.  However, like the authors, I think this study highlights the need for cooperative conservation.  After breaking down the data, it becomes clear, as I have been saying for quite some time now, that the unfolding burrowing owl crisis is not just a state, province, US, Mexico or Canadian problem, but a North American problem.  Loss of breeding habitat is not the only culprit as it is just as important to protect wintering habitat and wildlife corridors across the continent.