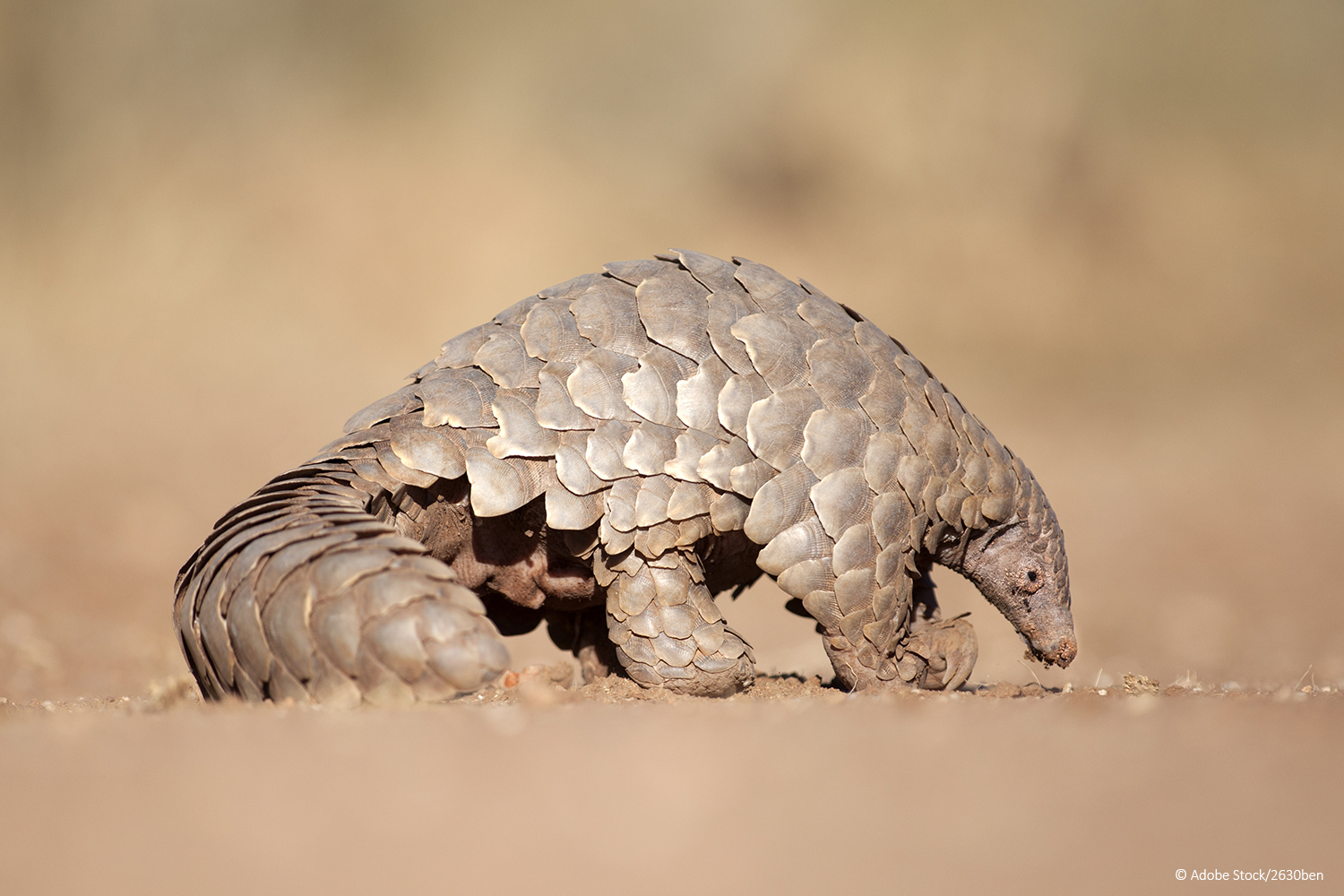 Pangolins—also known as scaly anteaters–have received increased protections today under the Convention on the International Trade in Endangered Species of Wild Fauna and Flora (CITES). CITES member nations, referred to as “Parties,” voted to increase protections for pangolins. There are eight species of pangolins—four are found in Asia, including one that is endemic to the Philippines, while four others occur in Africa. Leading up to and during this meeting, the United States worked closely with a coalition of countries and non-government organizations committed to gaining support for the listing proposals.

The United States co-sponsored proposals that were submitted by India, Nepal, the Philippines, Vietnam, Bhutan, Angola, Botswana, Chad, Côte d’Ivoire, Gabon, Guinea, Kenya, Liberia, Nigeria, Senegal, South Africa and Togo. The Appendix I listings were adopted with the following votes: for the Chinese and Sunda pangolin proposal, 114 support, 1 against, and 5 abstentions. The proposals for the Indian, Philippine and African pangolins were agreed upon without the need for a vote and without opposition.

“The United States has been determined to do everything we can to support range states in their fight to protect pangolins, the world’s most trafficked mammals, by seeking Appendix I CITES status, the highest international protection possible,” said U.S. Fish and Wildlife Service (Service) Director Dan Ashe, head of the U.S. delegation to the treaty’s 17th Conference of the Parties in Johannesburg. “Swift and strategic international cooperation is essential to preventing the extinction of the eight species of pangolins. A CITES Appendix I listing will prohibit international commercial trade and empower range states to increase domestic protections to fight the tremendous threats facing the species. We are thrilled with this outcome.”

Pangolins, or scaly anteaters, are nocturnal, ant- and termite-eating mammals whose bodies are covered with overlapping scales made of keratin, the same protein that forms human hair and finger nails, and rhino horn. Both Asian and African pangolin species are threatened by international trafficking, primarily for use of their scales for traditional Asian medicine and as a luxury food in East Asia. In Africa, hunting of pangolins for local use as bushmeat and for traditional medicine is also occurring at unsustainable rates.

Between 2013 and 2016, approximately 18,500kg of pangolin scales were seized from illegal shipments originating from African countries, representing between 5,100 – 39,000 individual pangolins depending on the actual species harvested (the largest pangolins have heavier scales, but more of the smaller pangolins are hunted).

In preparation for the CITES Conference, the United States engaged with a coalition of member nations to foster collaboration between ranges states and garner support for the pangolin proposals, including co-hosting the First Pangolin Range States Meeting with Vietnam in 2015. “We reached out to our CITES counterparts in many other nations to show that the science supported an Appendix-I listing, and we have supported pangolin range states in their international collaborations to develop conservation plans, including policy actions under CITES. With widespread agreement among range states that an Appendix-I listing is warranted, we applaud the leadership of the many countries that helped us get there,” said Ashe.

Today’s decisions could be reconsidered later this week, when the Parties hold a decision-making session to finalize recommendations made throughout the week. “Populations of these species are facing terrible pressures. Given the risks to the species from unsustainable harvest and international trafficking,” said Ashe. “We are confident that the CITES Parties will uphold these recommendations.”