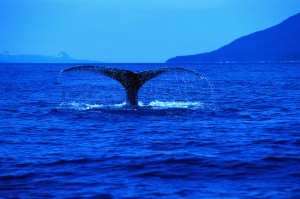 It’s probably not much of a limb to go out on, but I’m pretty sure there is a clear majority and mandate by Americans to halt whaling, let alone lend official support and endorse such actions by other nations.  And I think I may enter the frigid waters and tackle our own policies regarding indigenous harvesting in another setting.  For now, I like to imagine that the approval rating for whaling is somewhere in the single digit range, but after reality sets in I doubt we have yet to reach the incredible homogeneity that the populace of Australia has been demonstrating.  As reported by Time, ” A national poll conducted in January [2010], 94% of Australians said they were against whaling.”

As for the U.S., the numbers I have on hand are two decades old, but it does speak to our disdain for a practice that seems only fitting for 160 year old novels and blurry monochromatic photos adorning museum walls. The poll found that 83 percent of American voters oppose killing whales, 61% “strongly” oppose whaling, 82 percent want government officials to speak out publicly against commercial whaling, and 55% believe the U.S. government should impose limited trade sanctions banning the import of seafood products from countries that continue whaling (Schoen & Berland Associates 1999).

Now that a new proposal to lift the ban on commercial whaling is making headlines, I am wondering if the voices of the American people are simply being ignored…again.  And I think there really might be a disconnect between governments, the International Whaling Commission, and the people when it comes to this particular issue.  WHALES ARE NOT ANIMALS.  And I think most of us inherently understand this ideology and have a connection to cetaceans that far surpasses something that can simply be chalked up to the love for a high profile, charismatic species.

So for those wondering what whales are if not simply animals, the answer is a BEING.  We are human beings and they are whale beings; it’s an existential connection based on mutual respect, based on intelligence, and based on the fact that we see us in them.  Yet it is so much more than mere anthropomorphism as I/we embrace them as colleagues in life.  Thus, many of us perceive whaling as an antiquated notion, whether or not done under the guise of scientific permits.

Now that we have established a background, it’s time to circle back to the proposal to end a ban on whaling.  In March 2010, the International Whaling Commission (IWC) produced a draft proposal to address: 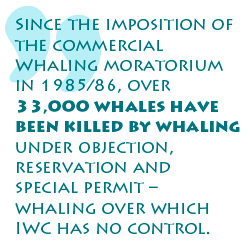 Addressing problems is always a good thing, right?  Well, after waving away the smoke we find that the proposal not only recommends whaling for members of the IWC who are currently killing whales to legally do so for the next 10 years, but that the Obama Administration is backing the plan (Which by the way was announced in a press release on Earth Day 2010).  Additionally, the key is an “acceptable package,” which can be argued as strictly no whaling,  and is currently tied to the fact “that whaling catch limits are largely still to be determined.”  It is because of this ambiguity in the draft proposal that the International Fund for the Welfare of Animals (IFAW) is looking for support and involvement.

“The plan can mean not only reversing the current ban on whale hunting by Norway, Iceland, and Japan for the next ten years, but will allow whaling in the internationally recognized whale sanctuary around Antarctica.” IFAW 2010

Thus, I caught up with Chris Cutter, IFAW spokesperson, to find out a little bit more about this developing situation as they fight to protect a species in which we have so much in common.

Thriving Oceans:  What is your main concern with the new proposal and the backing by the current Administration?

You could take the administration at face value and say the “intention” is to reduce the numbers of whales killed, but it’s inaccurate to say that the proposal would save X amount of whales without any hard figures to back that up.

Thriving Oceans:  Are we potentially jumping the gun by criticizing a draft proposal?

Chris Cutter:You could flip that around and say it’s inaccurate for IFAW and other NGOs to criticize the plan for the same reasons. Without any numbers it is impossible to assess. Suffice it to say, given the history of the negotiations to date, the structure of the proposal itself, and the fact that all of the conservation benefits are based on dubious science, we’re skeptical.

Thriving Oceans:  So we’re potentially hearing some environmental pandering as the Administration is claiming whales are going to be saved?

Chris Cutter:  The problem is that there will be hard numbers in the proposal when it is voted on next month. Until those numbers are written in ink, not pencil, no one should be talking about future numbers of whales killed or saved.

It is up to us to lead the effort in protecting these animals.

To learn about how you can get involved, please visit IFAW on Facebook or visit www.IFAW.org.