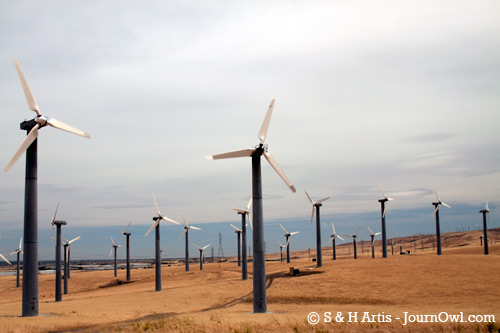 On a Memorial Day whim my wife and I loaded up the dogs and set out to find the elusive Haera Conservation Bank.  It is something I have been meaning to do for quite a while now, and as we had bypassed participation in all common holiday activities the afternoon was open for exploration.   I wasn’t exactly sure what to expect, but after finishing some light reading that included an addendum to an Environmental Impact Report (EIR) finalized in January 2009, I became curious about this type of conservation solution for burrowing owls.  And let’s just say I’m not sold on the idea of mitigation banks for reasons (examples) that will unfold shortly.

But before we go on, maybe it is wise to touch on the notion of mitigation, which in short is an ecological restoration remedy.  The complete idea being that things are put back as they were before an incident occurred.  So with burrowing owls and other protected species that are displaced by development, the idea is to provide suitable replacement habitat for that which was lost. 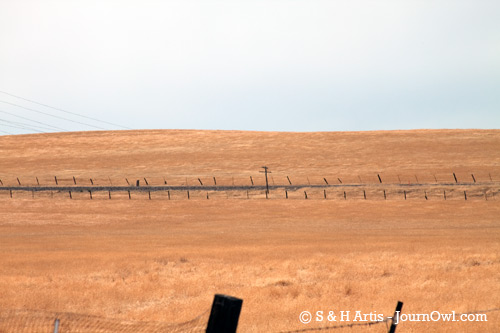 Now returning to the story, I discovered that in another instance of a yet to be started community in Antioch, CA, burrowing owls were evicted from their habitat in 2005.  The January 2009 EIR indicated that the eviction of these burrowing owls from their homes was to be ‘mitigated’ by the purchase of credits in a mitigation bank called the Haera Conservation Bank.  And after receiving numerous reports that such banks and habitats for burrowing owls are not always suitably maintained or contain owls, I thought a spur of the moment visit would be worthwhile.

And upon arrival I was actually surprised.  Firstly, I was taken aback to find that mitigation for burrowing owls evicted in the city of Antioch in Contra Costa County was not actually located in the same or adjacent cities nor in the same county for that matter.  The Haera Conservation Bank is situated approximately 20 miles from their former habitat and is located in Alameda County.  Thus, the loss of habitat in Antioch and Contra Costa County is not actually being replaced but simply lost as the sprawl continues to grow.  It’s another chapter in the same old story, yet we have the nerve to scratch our heads in wonderment when burrowing owls disappear.  Aren’t we forgetting the high site fidelity of this species?

Well, I opened up the topic by indicating our destination was elusive for a reason.  I have yet to precisely pinpoint the bank’s boundaries as it seems to be a semi-guarded secret as far as finding the information quickly on the web.  I am sure with some more digging and phone calls I can identify the exact coordinates, but for now I have an approximate location.  With that said, my second surprise came as  the conservation bank is nestled amongst a wind farm.  And if you are not familiar with this controversy,  it has been a point of contention for quite a while and has been the subject of lawsuit (An action was brought by environmental advocates who alleged that the owners and operators of wind turbine electric generators were killing and injuring raptors and other birds).  According to a KQED documentary, up to 400 burrowing owls are killed each year as a result of wind turbines in the Altamont Pass (Thanks for the video link Janice!).  So is a conservation bank in close proximity to wind turbines really suitable?

Besides the fact that the conservation bank was a minimum 20 miles from the evicted owls and was adjacent to wind turbines, I am happy to report that the landscape was actually comprised of short grasses and teeming with ground squirrels.  This was by far a much better scenario in terms of flora and fauna than other designated burrowing owl habitats I have come across… and I guess we have the grazing cattle to thank for the maintenance.  But I am left with a nagging question that I think we all know the answer to:  Are mitigation banks designed to service and protect the species in question or are they designed to service developers and lead agencies trying to circumnavigate paperwork and bring projects to a level acceptable under CEQA (California Environmental Quality Act)?

However, that does not mean I do not understand that mitigation banks may not serve a purpose in preserving large swaths of land free of fragmentation.  I see it and it is quite necessary as habitat fragmentation is a huge problem.  But, that does not mean wildlife agencies should readily dismiss onsite mitigation where owls are already living in favor of having developers purchase credits in a mitigation bank that is 20, 30 or 50 miles or more away.  Especially when what is needed is the preservation of more habitat within the confines of suburbia and city limits.  Otherwise we will undoubtedly find ourselves reminiscing about the days when those little burrowing owls were our neighbors.

As an FYI, prior to setting off  I rounded up a little information on this site and earlier this morning I placed a call to the point of contact for Haera in the hopes of retrieving some general details (i.e. number of burrowing owls present, etc.).  Well, I am waiting for a call back in regards to my voicemail, but here are a few details:

“Mitigation banks are large agency-approved properties where wetlands are restored and preserved to provide mitigation for wetland impacts in surrounding areas. Conservation banks for endangered species are wildlife areas that are preserved, managed, and in some cases, restored to protect specific at-risk species.” Wildlands, Inc.