Full of Life Those Anchialine Ponds 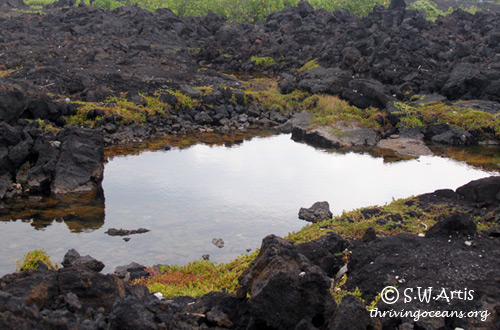 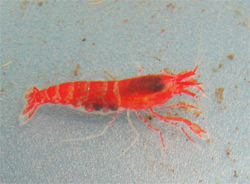 Ever heard of an Anchialine (‘near the sea’) Pond ? Well neither had I until I stumbled upon a series of these pools adorning the coast of the Big Island of Hawaii.  While following the convex nature of the coastline from Waiulua Bay to Anaehoomalu Bay, my eyes managed to wander from the crashing waves just in time to catch a placard telling passersby to refrain from disturbing sensitive habitat.  Of course I was curious and so I left the coral beach, stepped onto the tree-shaded dirt path and peered across lava beds that were cupping crystal clear waters.  But that is an understatement as far as  a description goes because the waters bristled with life, colorful algae coated the water covered rocks and birds waded in the waters and disappeared behind once molten rock.

I was really anxious to get a closer look and for a split second even contemplated a quick inspection, but that sign flickered in my head and I knew I had to keep a responsible distance; practice what I preach whether I liked it or not.  But it did not take long to discern a path made for human travelers had been installed and provided ample space for observation.  This was virgin territory, for me anyways, and I quickly managed to forget all the signs that indicated people had come and gone before…my expedition was underway.   I traversed the well groomed path and wondered whether they were fresh or salt or brackish water ponds.  I had hypotheses for each scenario, which was extended to include a reason for the presence of an incredible amount of small fish schooling in the variety of pools ranging from the scientific units of very small to quite large.  But I began to realize their salty nature after spotting the presence of a small surgeonfish swimming amongst the other gilled residents.  Besides fish, the ponds are home for algae, plants, shrimp, snails, insects and provide foraging sites for birds.

Alas, a sign describing yet another Hawaiian treasure identified the name of my latest discovery.  And before I provide additional verbiage and photos, I should mention that I was brought back to reality as the path ultimately ended amongst the streets of civilization. An adventure none the less.

“Anchialine ponds are one of Hawaii’s most threatened ecosystems. There are about 700 known anchialine ponds in Hawai’i. Most Hawaiian anchialine ponds are in the youngest lava areas of the Big Island of Hawai’i and Maui. They exist in inland lava depressions near the shore and contain brackish (a mixture of freshwater and saltwater) water. Freshwater is fed to the ponds from ground water that moves down slope and from rainwater. Ocean water seeps into the ponds through underground crevices in the surrounding lava rock.”  University of Hawaii at Hilo

According to the signs on site, “Tiny red shrimp, collectively called ‘Opae’ula, are one of the unique features of these anchialine pools and are found only in Hawaii.  The shrimp are omnivorous and can live for long periods of time underground in the interstitial groundwater without appearing in the pools.  The shrimp have been found in wells located a mile inland.  The smaller and more numerous shrimp (Halocaridina rubra) is preyed upon by a larger red shrimp (Matabetaeus lohena).” 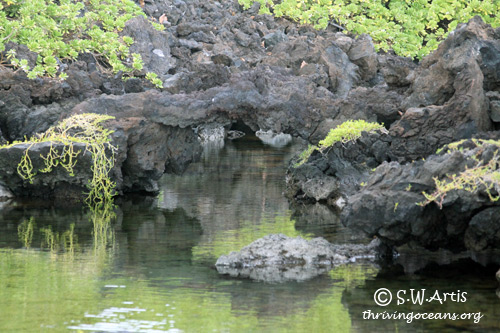 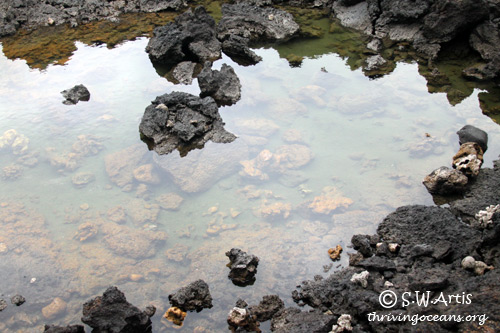 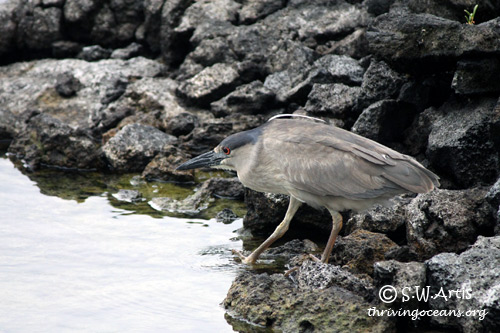