Between 1978 and 1991, only 200 Kemp’s ridley sea turtles nested annually near Rancho Nuevo, which is a dramatic decline from the more than 42,000 that arrived in a massive synchronized nesting in one day in 1947.  Contributing to the start of their decline was the sighting of villagers harvesting 80%, or 33,000, of the eggs that had been deposited on the beach during that incredible day.

According to the National Parks Service, “During each summer from 1978 to 1988, approximately 2,000 Kemp’s ridley eggs were transported from Rancho Nuevo to the National Seashore.” 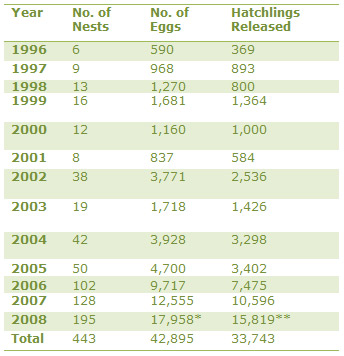