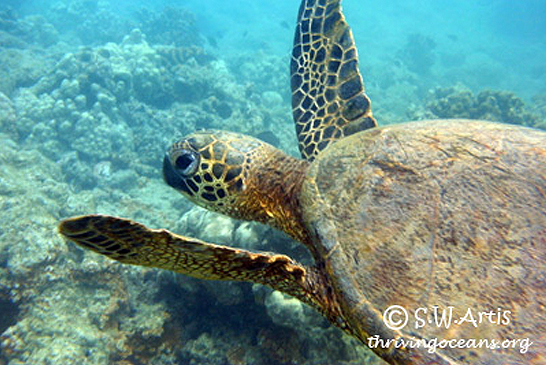 And more importantly it falls within that quirky social dynamic called HUMAN NATURE.  But the results of bias within the scientific community is an interesting topic; especially when you add the sea turtle variable and the number of threats plaguing the seven species.  So put any preconceived notions that you may have aside and let’s see if we can all come together and accept the fact that the hazard I’m researching poses the greatest threat to sea turtles. 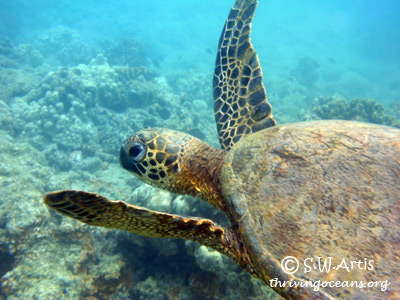 Well, perhaps we should turn to the experts and listen to what they have to say.  And that’s exactly what the authors of a new publication, Using Expert Opinion Surveys to Rank Threats to Endangered Species: A Case Study with Sea Turtles, in Conservation Biology did.  And should we really be surprised by the findings?

An internet-based survey was distributed to sea turtle experts that was designed to determine the respondents’ overall experience, expertise and the proficiency in regards to particular species, geographic regions, and hazards.   Hazards that included pathogens, direct take, global warming, nest predation, pollution, coastal development, and fisheries bycatch.  After quantifying results spanning the nonprofit sector, government agencies, and respondents in over 100 counties, a pattern began to emerge.  A pattern attributed to expert bias.

Perhaps a sign of the times, everyone was in agreement that sea turtles were under threat from. It also became apparent that there was an overall consensus on the greatest hazard, fisheries bycatch.  The survey found: 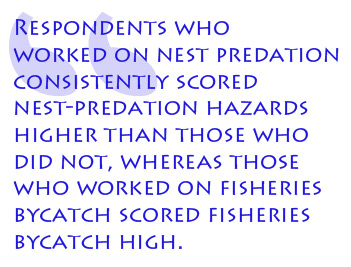 Interesting!  And I guess that exclamation warrants further development if I expect it to make any sense.  Although bycatch, a pelagic threat, ranked as a top hazard for 18 populations, a disparity still exists between coastal development and nest predation, which are terrestrial and coastal threats.  The amount of invested resources does not correspond to the highly scored pelagic threat.

The authors point out that, “Twenty-eight percent of survey respondents reported conducting research or activities focused in the pelagic environment, compared with 70% who conducted research in both terrestrial and coastal environments.”

Which rounds off the discussion as to its applicability to conservation.  Should statistical methods that account for expert bias be implemented by conservation planning programs?  And should hazards that are both highly scored by experts and have a high uncertainty in regards to the range of effect on a population be treated as a research priority?

Well one thing is for certain and I agree completely with the authors that, “Priority setting for the conservation of threatened and endangered species cannot wait for exhaustive empirical research.” 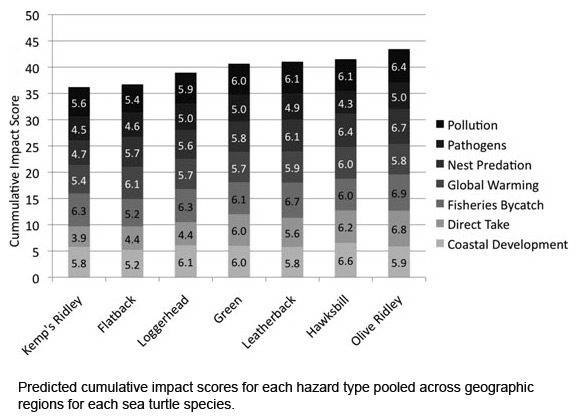