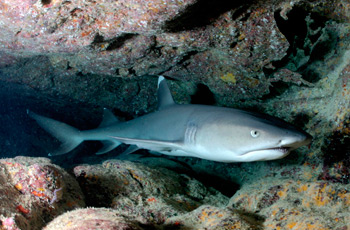 I’ll be perfectly honest…I’ve been sitting on this essay from Conservation Biology for the last week or so as I mulled over my approach on breaching this topic.  At one point I envisioned the title as Torn Between Ocean Science and Ocean Conservation; clearly a manifestation of the dilemma with which I was trying to come to terms.  The direction we go just seems so obvious, right?  Well I guess that depends on which side of the fence you fall on as the authors, Heupel and Simpendorfer,  do a fairly good job at covering all aspects of the issue, from allowing scientific collection of only healthy species to limited collections of endangered species to the use of non-lethal methods to use of collections only in an attempt to perfect non-lethal sampling methods.  So what SHOULD we choose?

Whether good or bad scientifically speaking, the fact is that continued media coverage of declining shark populations and our fisheries in general is sparking a change in the attitudes of our future scientists as conservationist ideals seep into the public.

“One noticeable result of the increase in concern about sharks is that more students enquiring about graduate school who are interested in working on sharks are indicating they are not willing to participate in projects that may harm sharks. This occurs before they know which species are involved, the status of that species, or what benefits could be gained from lethal sampling. This suggests their perspective is not rooted in science, but is ethical, political, or emotive.” 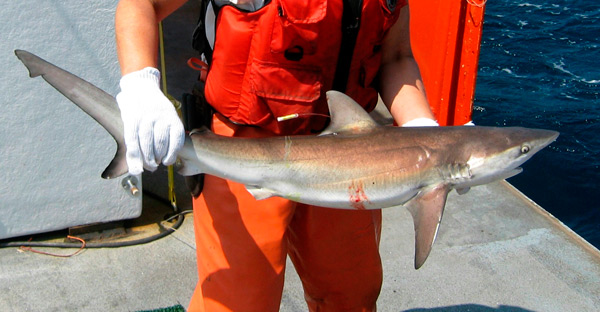 So are ethics, politics, and emotions incompatible with science?  Perhaps.  But before any skewering takes place let me qualify that remark.  Science strives or should strive to remain unbiased  in its approach to answering questions or interpreting results.  Science should not let politics drive a conclusion, science should not let profits mask facts, science should be done responsibly, and science should not be performed when devoid of morality.  And if this is the case, then I think it is obvious why we find ourselves with up and coming scientists displaying perspectives rooted in wildlife and ocean preservation.  Our ethics and emotions are driving those interested in marine conservation to take the lead for the protection of ecosystems as next generation scientists.  And when we combine this with garbage filled oceans, oil spills and pollution, and overfishing ,for instance, it should not be surprising that those tired of ocean degradation are interested in making a positive difference. 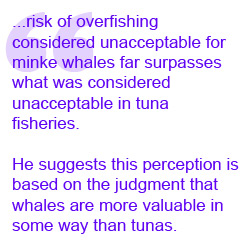 And let’s not forget that we apply such a social standard when it comes to research on whales.  Non-lethal sampling is a worthy endeavor and out of scientific necessity ingenuity will drive new and innovative data gathering methods.

This definitely goes beyond sharks and speaks to greater societal attitudes. There’s a problem and our oceans need fixing.  And I am hoping that this change in attitude is not limited to those aspiring to be ichthyologists and marine biologists, but highlights growing awareness amongst consumers.  Getting back to the issue on the table, sharks are declining worldwide because of finning, commercial and recreational overharvesting , and loss of functional habitat to name a few.  But what does this all mean for science?  Well the authors ask the following questions:

“Should research sampling be slowed, stopped, or questioned because of their status?”

“Is the preservationist’s point of view misguided because information on depleted species is being applied to all shark populations?”

“Thus, if shark species are not assessed accurately and scientifically and suffer from biases, how can effective management and conservation be applied?”

I think one thing that is clear is that the answers or reasons will be just as varied as the life amongst a coral reef. But in regards to Heupel and Simpendorfer, the answer is rather middle of the road in that they believe we should not forego compiling data nor completely condemn killing sharks in the name of responsible science.  Additionally, they recommend always taking appropriate precautions to use nonlethal approaches whenever possible. However, this is just conjecture as I guess the actual solution will be determined in the near future by those now entering the scientific field.