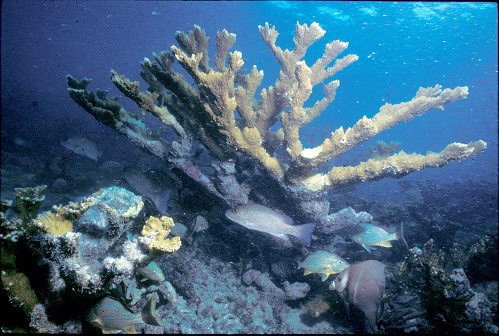 Well here’s my spin on the formulaic fair and balanced, point counterpoint, cheers and jeers, and so on in regards to some recent happenings at the National Marine Fisheries Service (NMFS). Since listed as threatened under the Endangered Species Act in 2006, there has been another positive move in the protection of Elkhorn and Staghorn corals. These corals once dominated reef building in the Caribbean, but over the years have succumbed to the negative implications of encroaching human activities. NOAA estimates a population loss of 90%, while other organizations like the Center for Biological Diversity reports a 97% decline since the 1970s.

However, these two coral species can count their blessings just in time for Thanksgiving as the new rule on Nov. 21 will…

Prohibit the import, export, take, and all commercial activities involving elkhorn and staghorn corals, including:

Just to throw in some information I keep in my back pocket and regurgitate every now and then is that The U.S. Commission on Ocean Policy’s Preliminary Draft Report in 2004 advised as much as 60% of the coral reefs may be gone by 2035.