HomeWildlifeGrassland Birds by the Numbers
Wildlife

Grassland Birds by the Numbers

48 – The number of bird species that nest in U.S. grasslands, including ducks, grouse, hawks, and songbirds

48 and 55 – The percent of grassland birds that are of conservation concern and percent showing significant declines.

4 – Number of grassland bird populations that are federally endangered

38-77 – Percent of Eastern and Western meadowlarks, Bobolinks, Shorteared Owls, and Northern Bobwhites that have declined since 1968 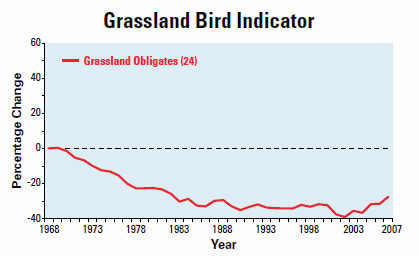