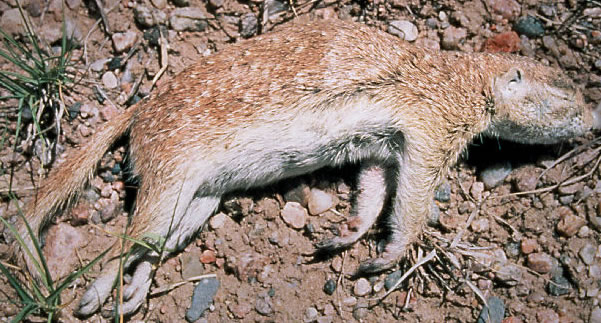 I’m no stranger to secondary poisonings and the impacts of anticoagulant rodenticides in our wildlife communities.  I wish I could say the Burrowing Owl eviction process was traumatic enough, but there’s a gruesome step that often scurries under the radar when it comes to eliminating ground squirrels  – a final blow to Burrowing Owl colonies who rely on these critters to make their homes. Within the last month Burrowing Owl Conservation Network staff members discovered poisoned ground squirrels littering the surface of a soon to be developed suburban Burrowing Owl habitat. Apparently the protocol being used was a stay as they lie approach.

Unfortunately, the poison is now available to continue its rampage throughout the ecosystem as raptors and mammals scoop up these easy to scavenge, deadly morsels. I recently caught up with and, through Burrowing Owl Conservation Network, am partnering with Raptors Are The Solution to combat secondary wildlife poisonings.

After finding several Cooper’s hawks dead on the streets in Berkeley, CA, Lisa Owens Viani and Allen Fish founded the group Raptors Are The Solution to raise public awareness about the issue of non-target poisoning from rodenticides. According to Lisa, “Our group is working to educate people and to develop a network of pest control companies that do not use poison to control rodents. We urge people to take common sense actions to exclude rats from their structures, clean up bird seed, ivy, and other rodent “attractors” in their yards, and when necessary, to use carefully placed snap traps (including inside bait boxes) to avoid harming small birds and other wildlife. (Glue traps are inhumane and have also killed small birds–we do not recommend them.)”

The U.S. EPA recently issued its final order restricting the sale of second generation anticoagulant rodenticides to residential consumers due to their widespread secondary poisoning of wildlife–hawks, owls, fishers, mountain lions, foxes, bobcats–the list goes on and on. These same products are also poisoning children, particularly in underserved communities. The EPA’s order specifically prohibits the sale of products containing brodifacoum, bromadiolone, difethialone, and difenacoum to residential consumers. The EPA’s order is a great step in the right direction, but it does not go far enough. Anticoagulants are still widespread inside the innocuous-looking “bait boxes” one can see everywhere in the urban landscape.

[incor name=”test1″] most of the manufacturers have agreed to comply the EPA, Reckitt-Benckiser, the maker of D-Con, has vowed that it will fight the order. It continues to sell its dangerous products with complete disregard for children, pets, and wildlife. Reckitt-Benckiser makes Lysol, French’s mustard, Woolite and many other everyday products.